The principle of action is based on the stimulation of universal endogenous electrical fields which control the inflammation and regeneration of muscles, tendons, ligaments and nerves.

For patients, AXOMERA Therapy is similar to acupuncture.
Technically, however, it is based on entirely different mechanisms.
Similar to how needles are used in AsShi points, needles are inserted into the inflamed tissues.
Subsequently, computerised stimulation is applied with undulating DC in the magnitude of the so-called trans-epithelial potential.
This provides fast reduction of inflammation, pain relief and healing.

The most important indications are:

Research and development date back to Prof. Dr. med Albrecht Molsberger.
Research was funded by the Federal Government (ZIM). Since then there have been numerous studies on AXOMERA Therapy.
Scientists from the Universities of Bochum, Duke (USA) and Aberdeen (Scotland) received funding for development. 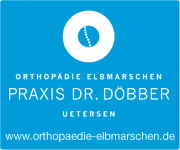